last day of the year

My usual lunch hangouts were closed today so I tried a Thai place I haven’t eaten in in years. That turned out fine. The sun is out but a cold wind gets to blowing. When windy around here our front yard gathers scraps of debris – candy wrappers, tissue from the supermarket deli, plastic bags.

Kent was home when I got back from eating. If I’d known he was going to be off work so early I would have waited lunch till he came home. He zapped a frozen onion soup portion for himself.

I’ve been telling Sundy (the cat) I’m going to make a documentary about him. Just follow him around with a camera. He’s totally telegenic! The project requires a camera, of course.

Back in October I commented on Ron Silliman’s blog, responding, as one does now & then, both to what Ron had said and to one of the earlier commenters. The result, I find upon rereading (I copied the comments to a Word file), continues to bother me. Ron will grump about how the poetry world’s awards tend to be heaped at the feet of those he considers tiresome reactionaries, at least in style if not in wider world politics.

A commenter took Ron to task, “[Y]our posts on this issue exercise us into sputtering rage. 90% of poetry these days is gossip. I was just at a SoQ reading in Chicago (sponsored by Poetry Magazine and the ALSC.) The post-reading drinking was dominated by discussion about publishers, names -- it might as well have been about music, or archetecture [sic], or Romance novels as about poetry. … At some point you grow up as a poet and as a reader, and you grow to regard this with disgust. You grow to hate talk about the National Book Award, who's getting published by Knopf, and so on. It just seems incredibly remote from what you yourself are doing, and what your friends are doing, and if you have a good bookstore in town, what you think the best writers are doing. … [W]e feel that complete abdication from the gossip world -- which involves thinking of ourselves and our friends as ‘poets’, not ‘poets of a certain type’ -- has been a necessary step. … I don't want a place at the table, and being told to demand one seems a bit bullying.”

SoQ is an acronym of “School of Quietude,” the term Ron Silliman has applied to those I called in my first paragraph “tiresome reactionaries.”

This was what I posted: “All human endeavors include at least a dash of politics (even religion; the Zen master or the Pope got where HE is unsullied by the temporal world?). I'm puzzled that [the commenter above] puts discussion/analysis of it off limits -- because we're poets and politics is irrelevant to poetry? Politics (gossip?) is part of the program. One can certainly ignore something bulky in the room ... Still, that I tire of it and wish it would step outside for a smoke and let me talk about ... what? ... stanza breaks? my next book (first book)? ... doesn't make it leave the party. It's one more thing to talk about. Ron, for one, talks about many other things, too.

“Far's labeling myself is concerned: I write poetry and I define ‘poetry’ loosely, and because I write poetry & rather a lot of it (my pile of notebooks from the last 20 years is about 3 feet high; yes, they got knocked cattywampus & I did pile them on the floor) ... so I call myself a poet. I don't write the same thing over & over. I suppose the preponderance of my influences (& my art) would slouch under Ron's ‘post avant’ banner, though there's SoQish stuff, too. When asked what kind of poet I am I hesitantly offer ‘experimental’ because that's what I do. Experiment a lot. [ellipses in original, indicating pause rather than excision]”

The earlier commenter came back with: “What I said was so unobjectionable and true that it's internet-axiomatic that someone has to come along and disagree.”

He quotes a few sentences from my comment before continuing to protest:

Should someone tell me that a topic reduces him to a “sputtering rage” it would seem not only reasonable but essential to read that as a demand the topic be off limits. What, I want to experience his “sputtering rage”?

He says, “90% of poetry these days is gossip. [At a recent reading] the post-reading drinking was dominated by discussion about publishers, names … At some point you grow up as a poet and as a reader, and you grow to regard this with disgust. You grow to hate talk about the National Book Award, who's getting published by Knopf, and so on.” Yet the commenter’s “disgust” should “never” indicate that to talk awards gossip is “bad”? How odd. Disgust – hate – rage – a necessity for complete abdication [sic] from gossip.

It’s hard to believe the commenter expects to be taken seriously saying one thing then, in a wounded howl, renouncing what he’d said as though he had “never said” such a thing.

My own comments I’d thought “so unobjectionable and true that” I was merely making conversation, of a bland, even tired sort. Politics, it’s part of the world of Art (and Poetry), too.

You can read the unedited comments on Ron’s blog here.
Posted by Glenn Ingersoll at 8:54 AM No comments: Links to this post

I recently joined Facebook. I’ve had a couple reconnections that have been good. One was with a colleague on the staff of Berkeley Poetry Review. Patricia Johnson went on to Yale Business School, I learned. Of all of us I’d have guessed she’d be best at that. Poets, remember? She’s been working at New American Media the last few years and when I asked she shared links to some of what she’s written.

In one article she remembers Andrew Martinez, the UC Berkeley student who became (reluctantly) famous as “The Naked Guy.” They lived at the same student co-op. She remembers a sweet man, not some defiant radical but almost an innocent; he wanted to live his life peacefully, not stage a confrontation or exemplify a controversy. I could identify with that. Being a gay man I’m familiar with my boring ordinary life being a “controversial subject,” and totally without my permission.

Was I embarrassed by Andrew’s public nudity? Sure, a bit. I wasn’t going to strip in solidarity (some did), but philosophically I sympathized. I had no classes with Andrew, but I saw him around a few times. As Patricia says in her essay, “He wasn't hard to look at. He was a tall, lean man with lovely brown skin.”

“Being in the headlines is the worst kind of fame, because there's no paycheck, no royalties. They take your picture, interview you, get the ratings and spit you out.”

Patricia’s most vivid memory: Andrew “walking naked into the co-op dining room for breakfast with a plate of toast. He set the plate on the table, and his backpack on the floor. He pulled a small towel out of the backpack and placed it on the chair, with a dignified snap like a four-star restaurant waiter. Then he sat down to read the paper.”

May of ’06 I posted a link to an article about the death of Andrew Martinez.
Posted by Glenn Ingersoll at 11:16 AM 2 comments: Links to this post

comments on “Hell it is, Pop” version 4

Christmasy? The versions of this poem were all written before I posted the first one. I haven’t done that before. No one had a chance to comment so there was no taking comments into account. (Little joke there.)

Hope your holidays are going sweetly, peacefully, and warmly.
Posted by Glenn Ingersoll at 4:53 PM No comments: Links to this post

Ever more beautiful wounds
the diamond burns.
But the stitchers thread

a cure for this gap.
The river wavers
because the viewer wobbles?

The head’s its own snake.
Let her climb letters, shine down

Across a range of lines,
the plots families draw,
knots overlap ridges, acres in grudges.

Good road but cracked with green.
Earth girded by goodbyes.
Posted by Glenn Ingersoll at 4:53 PM No comments: Links to this post 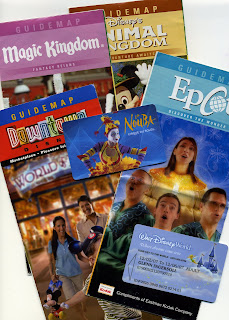 Posted by Glenn Ingersoll at 8:44 AM No comments: Links to this post 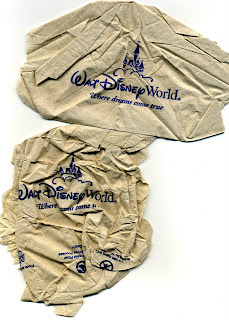 Posted by Glenn Ingersoll at 12:44 PM No comments: Links to this post